A Multicenter, Double-Blind, Randomized, Placebo-Controlled Phase 2b Trial of Cytisinicline in Adult Smokers

This Phase 2b trial was conducted in the US to assess various dosing schedules of cytisinicline in approximately 254 smokers. It evaluated efficacy based on the overall reduction in the number of cigarettes smoked during the various study treatment doses and schedules. It also evaluated compliance and safety profiles, compared to the respective placebo arms. This dose-finding study resulted in identification of the 3 mg, 3 times daily dosing regimen to be used in future cytisinicline Phase 3 trials. 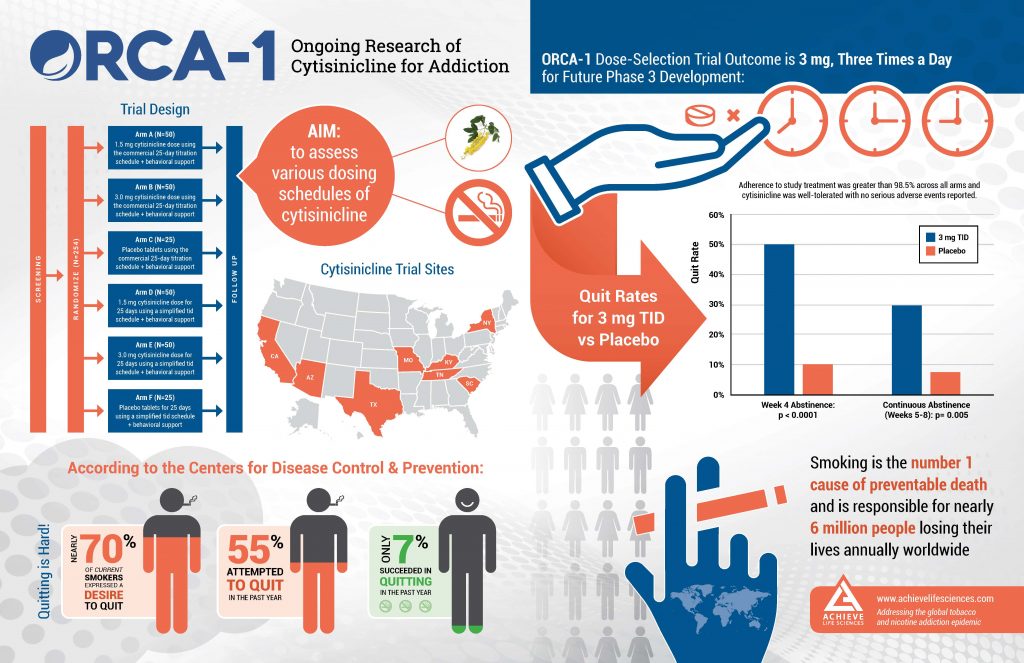 Demographics were similar between schedules and for treatment arms in gender, age, years of prior smoking, and number of previous quit attempts. At baseline, subjects in the study reported smoking a median of 20 cigarettes per day. ORCA-1 was initiated in October 2018 and enrolled 254 smokers at eight centers across the United States. 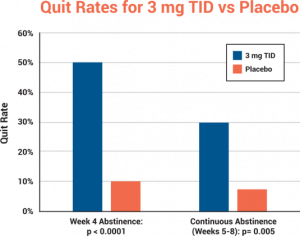 Most commonly reported (>5%) side effects from ORCA-1: